Psychoanalysts on the Couch by Donna Redmond

Within the panoply of talking therapies, psychoanalysis retains a certain mystique which at best evokes inaccessibility but at worst is off putting and perhaps threatening. Unfortunately, this is something that is undermining, to a treatment that has a proven track record of efficacy in the sphere of mental health. A central element within the training of a psychoanalyst is a lengthy personal analysis, evocative of the aphorism ‘physician heal thyself’ . This aspect is what really sets the psychoanalyst apart from other talk therapy trainings and ensures that the practitioner can really listen not only to the words being spoken but also to emerging elements of the unconscious mind.

The Irish Forum of Psychoanalytic Psychotherapy is privileged that two senior psychoanalysts have agreed to speak freely about their own journey towards becoming practicing psychoanalysts and to speak about their views on both the merits of and limitations of talk therapy from that personal vantage point. Listening to these testimonies will no doubt prove to be a valuable opportunity to discover that psychoanalysis can be an accessible and valuable endeavour for those who embark upon it.

2 CPD Points will be awarded.

“The night before my own analysis began, I dreamt I lived in a large Bedouin tent draped with oriental rugs and brass ornaments, situated on a familiar piece of waste land, on my way to secondary school in Jaffa. Camels with colourful embroidered saddles, lay outside. Suddenly, in came my would-be analyst wearing a white lab coat. The tent transformed instantly into a monochrome brightly lit laboratory, devoid of all ornamentation. ‘’Oh No!’’ I protested ‘’this is not at all what it was like’’.

It is no mystery to me now why this dream is as vividly accessible today as it was half a century ago or is it? Was it really like this? ” Haya Oakley

“The first time I saw the word ‘psychoanalysis’ was when I was ten. We had just been evicted from our respectable suburban home and settled into a wooden shack on the beach. One day after school, the postman came bumping on his bike along the stony path above the shore. He handed over a heavy book-shaped parcel that I laid on the table. Every now and then I fingered it; it looked important. That evening, when my father came in from work, he opened it. Inside were two brown volumes, one of which he started to read, standing by the table. The family had to wait half an hour to start tea.

He was still reading when I went to bed. The next morning before going to school I peeped at the brown cover: ‘C.G. Jung’ I read, The Collected Works, Volume Four, Freud and Psychoanalysis. On my way up the lane, I wondered about the book. Some years later my father confessed to me that he had been having a breakdown and had bought the Jung books to try and cure himself.

Twenty years later I landed on the couch of Dr Rubenstein of the Portman Clinic in London.” Ross Skelton

Haya Oakley was born and educated in Israel where she worked as a psychiatric social worker in a mental hospital. She has been practising psychoanalysis in London since 1968. After a brief spell at the David Cooper ‘anti-university’ group she joined the Philadelphia Association where she worked for many years with R.D. Laing and colleagues training psychotherapists and working in therapeutic households. In 1997 she left the Philadelphia Association and set up, with others, The Site for Contemporary Psychoanalysis. She has been a member of the Guild of Psychotherapists since 1982 and is a founder member of The College of Psychoanalysts UK. She is Honorary Fellow of UKCP where she served as chair of the Psychoanalytic Section, 1993-1996. Her interests include psychoanalysis and psychosis, the politics of psychotherapeutic organisations, issues surrounding attempted regulation of the ‘impossible profession’, and the comparative study of psychoanalytic theories. She is involved in teaching, supervising and analysing trainees and has contributed to a number of publications as well as TV and radio programmes. Address for correspondence: hayaoakley@nullblueyonder.co.uk

Professor Emeritus of Philosophy and Psychoanalysis at Trinity College Dublin, Ross Skelton has specialized in teaching clinical and theoretical psychoanalysis. He was involved in setting up a clinical MSc at St James Hospital and a theoretical MPhil in the College. He has published numerous inter-disciplinary articles on psychoanalysis and logic as well as studies on the poetry of Louis MacNeice. His 2006 one thousand entry Edinburgh International Encyclopaedia of Psychoanalysis (which took seven years to compile) won the Distinguished Academic Publication Choice Award. He is also the author of a memoir Eden Halt about growing up on the shores of Co Antrim. He is currently a practicing psychoanalyst living in Dublin. 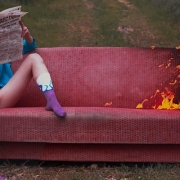 Most of these news updates are republished from the websites of our member associations. If you have any queries, please contact the publisher: at the bottom of each update there is a link to view the "Original Post".
Irish Hospice Foundation – 2021 Online Workshops on Loss and Bereavement Working in the Community with Psychosis and Racial Trauma
Scroll to top
This website uses cookies to facilitate browsing. Accept Privacy Statement
Privacy & Cookies Policy
Necessary Always Enabled
Non-necessary