You are here: Home / FTAI

DATE FOR YOUR DIARY

All will speak on the same topic, but from different points of view.

Continuing Professional Development (CPD) = 2 hours. CPD certificates will be issued by the Family Therapy Assoc. of Ireland (FTAI). See you @ the Systemic Cafe

Tell me about it: We cleared his debt and he promised to stop taking drugs but now he is partying again

PROBLEM: We were always very proud of our son. He is 24 years of age and still lives at home. He is our only child and up until recently treated us with great respect. We always knew he was fairly bright, but he struggled academically and, unlike his cousins and peers, did not go to college directly. We were never really concerned as he has a gregarious personality and we were confident he would make his own way in life.

After school, he managed to talk his way into a sales job and undertook a few short courses. Two years ago, he secured employment in a large, fast-paced firm where everything is focused on deadlines and commission. Initially, he seemed very happy and delighted to be working as part of a team and has had amazing travel opportunities. About six months ago, my wife noticed he was partying more than normal and often with different people. She also thought he was not as happy as usual and starting to be dismissive of both of us.

Since he became an adult, we had never minded him bringing girls home, but recently there have been a number of strangers at our breakfast table, which can be uncomfortable. About a month ago, things came to a head when he took my credit card and withdrew a large sum of money. He has used my card in the past but never without permission. It was the first time I had ever been really angry with him.

He broke down crying, saying he had started using a bit of cocaine to help him keep up with his workload, but that he was now …read more

DATE FOR YOUR DIARY

Training in the NVR programme, originally designed by Dr Declan Coogan (NUIG), will be introduced to Family Therapists who work with parents/carers who feel they have lost their authority in the relationship with their child. We will also focus on de-escalation skills, increasing parental presence and building stronger relationships.
There is growing evidence that building or restoring parental authority through NVR is also proving to be successful in addressing child and adolescent anxiety and self-harm. NVR is increasingly being used in foster care to reduce conflict and strengthen relationships. Join the growing number of child welfare practitioners around Ireland and Europe who are using NVR successfully.
The training is provided by Catrina Scanlan and Madeleine Connolly- both are practitioners, supervisors and trainers in the NVR programme, having completed their training as NVR practitioners and trainers with Dr Coogan.

Continuing Professional Development (CPD) = 2 hours. CPD certificates will be issued by the Family Therapy Assoc. of Ireland (FTAI). See you @ the Systemic Cafe

Date for your Diary Systemic Cafe 14th May 2019

This comprehensive programme in Systemic Psychotherapy/Family Therapy has particular relevance for professionals in the health, social services, education, and related disciplines. This programme, which is recognised as one of the foremost psychotherapy training courses in Ireland has been running, subject to review and revision, for twenty-five years. The programme fits with academic and professional training requirements emerging from both Irish and European Academic and Professional bodies.
Please visit our website for more detailed brochure:
https://www.clanwilliam.ie/

It is with great pleasure that we announce Monica Whyte’s recent appointment as President of the European Family Therapy Association (EFTA). It is the first time that Ireland has held this position and is a testament to Monica’s work on our behalf in Europe.

Monica previously served as Chair of the NFTO section of EFTA since 2013 and has represented FTAI in Europe for many years.

We are extremely proud of Monica, whose hard work and popularity in Europe is reflected in her appointment as President of EFTA.

We send her every good wish in her new and exciting role.

A Festschrift for Imelda McCarthy Phd was held in December last in the University of Bedfordshire, who created a Fifth Province to celebrate one of systemic field’s pioneers. A wonderful occasion – as shown in the photos below! Congratulations Imelda! 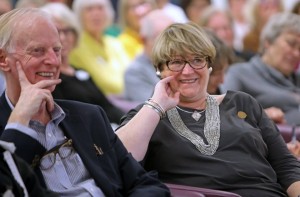 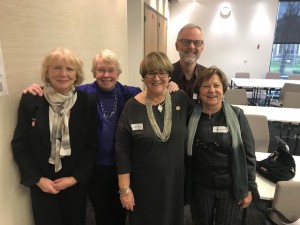 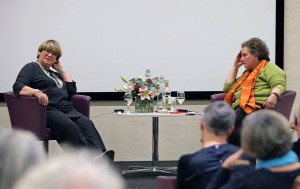 Emily Green Psy.D.
There Is Always Another Part
A 2019 Resolution: Go Off Script
This year, let’s challenge the rigid life narratives that keep us stuck.
If you had told me five years ago that this holiday season I would be wearing a Christmas sweater with a cat in a Santa hat on it, while proudly proclaiming myself a “cat mom,” I would have told you that you had lost it.
I was a dog person. I am a dog person. But as it turns out, as I discovered after stumbling upon and eventually taking in a meowing, underfed creature in my closed-in courtyard in Brooklyn one day in May of 2015, I am also a cat person.
I won’t lie, my insistence on my “dog person” identity probably almost stopped me from taking the plunge and welcoming a cat into my life. To do so would be to go against the narrative that I had written for myself, the collections of stories and beliefs and experiences that make up “who I am”. And had I stuck to the script- I’m a dog person, I can’t have a cat- I would have missed out on exploring an entirely different part of myself, a chance to flesh out a range of interests, emotions, and interpersonal connections that had been previously untapped. Now I buy Christmas sweaters with cats on them and have 491 photos of my own cat on my phone.
I tell this story as a suggestion to us all – and a reminder to myself- to make 2019 the year of shedding our attachment to the rigid narratives we spin for ourselves, particularly the ones that keep us from growing and expanding our lives. We all have a narrative about ourselves, who we are, who we expect to be, what we expect …read more

The last thing Shane Carthy wants or expects right now is to walk back on to the Dublin panel.
Not with his utterly changed perspective on life and football and everything else in between. Or indeed his heightened sense of what exactly constitutes success.
What he does want, and expects of himself, is to give it his best shot, and whether that’s good enough time will tell.
In the meantime the telling of his story, his crippling and at times terrifying experience with depression in the aftermath of Dublin’s All-Ireland winning success of 2013, to breaking point a year later, aged only 19 and the rising star of the county under-21 team, has been proving both therapeutic and rewarding.
It has been the latter in helping him realise how fortunate he’s been to come through it all, including the good and bad days with Dublin football.

Six days before Christmas, in a lengthy online blog, Carthy wrote frankly and eloquently about his journey over the last four and a half years.
It detailed, without overdramatising, the downward spiral which, days after producing a man-of-the-match display in Dublin’s 2014 Leinster under-21 final win over Meath, saw him wake up in St Patrick’s Mental Hospital.
Only then did he begin to face up to “the inner demons I had kept away from for many years”.
Under the very deliberate headline ‘I’m No Longer Surviving, I’m Living!’, Carthy also explains what ultimately brought him back to where he is now, just turned 24 and more determined to ever to revive his football career with Dublin.
“The first intention with the blog was to busy myself, to give something back to myself, positively, and maybe further afield in the sporting community,” says Carthy, who in …read more

How to lose your clinical balance, while holding on to your therapeutic bearings, and other ideas on working therapeutically with a ‘treatment resistant’ client diagnosed with Borderline Personality Disorder